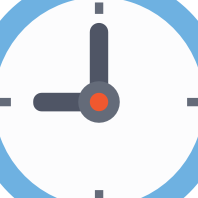 Copper and iron ore prices have held up surprisingly well as markets in the West belatedly come to grips with the coronavirus pandemic and China shifts focus from containment to rebuilding its economy following more than two months of inactivity.

On Wednesday BMO Capital Markets held a conference call with PRC Macro, a consulting firm focused on China’s political economy, about the prospects for 2020 GDP growth in the country.

EVEN IN THE CENTRE OF THE OUTBREAK – WUHAN – (CHINA’S DETROIT), AUTOMAKERS HAVE BEEN NOTIFIED TO RESTART OPERATIONS

PRC Macro anticipates spending by Beijing of as much as $570 billion primarily focused on infrastructure. PRC Macro says “in order to declare an economic victory, a 5% growth rate is the absolute minimum that will be acceptable”:

There are two parts to the stimulus plan.

The first, which is almost complete, is to cover cashflows at businesses impacted by weak demand.

The second, just commencing now, is to bolster growth. Infrastructure spending is key, and much of the support (up to 4 trillion RMB) will come from policy banks.

BMO notes the first stage in the China restart is to get factories going again (services would take longer) and is “well progressed,” noting that even in the centre of the outbreak – Wuhan – (China’s Detroit), automakers have been notified to restart operations, albeit with some restrictions.

While panic selling of equities in the US and elsewhere have pushed markets into technical bear territory, that is, a decline in excess of 20%, industrial metals and raw material prices have held up relatively well.

Copper trading in New York was set to close on Wednesday below $2.50 a pound ($5,500 a tonne) for the first time since May 2017, but year to date losses are only just into double digits.

The Chinese import price of 62% Fe content is actually up more than 2% for the week, trading at $90.05 per dry metric tonne on Wednesday, according to Fastmarkets MB, wiping out the steelmaking raw material’s pandemic-related losses.